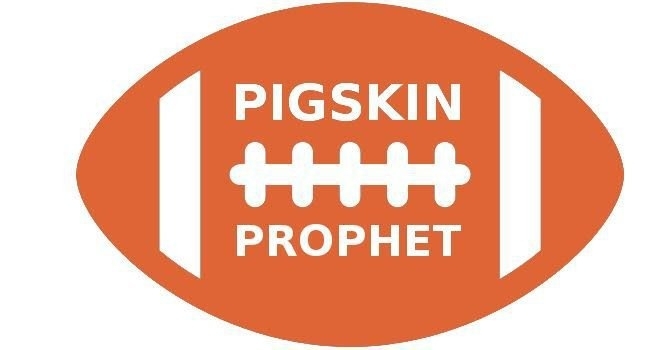 I gotta admit that no one has figured out Dave Doeren. Even NC State fans admit that if he wasn’t their coach, they wouldn’t like him. That’s why it was no surprise earlier this week when he admitted that if the hurricane interfered with his air travel, he didn’t think his team could make this weekend’s contest at Clemson.

That had me a little perplexed, which is easy to do. Raleigh to Clemson is five hours via this crazy thing we have called an interstate. Sure, five hours on a bus isn’t ideal, but if you do it Friday afternoon, then everyone is refreshed come Saturday. And I could be wrong, but I think they stay off Pelham Rd. in Greenville, so really it’s only four hours. By the time you load up buses, get to an airport, unload and load, fly, get to an airport and unload and load, and get a hotel and unload and load, you gotta be knocking on the door of four hours.

I found out that Doeren has a unique lifestyle. His wife takes a helicopter to the grocery store. His sons? They take private jets up the street to school. He flies from his home to work every day. The family has a very nice car sitting out in the driveway, courtesy of NC State athletics, but it has never been unlocked or driven because no one knows how. No, old Dave is used to flying everywhere, so when it was suggested that the team DRIVE if the weather was too bad to fly, he looked at the reporter and said, “We all just take our personal cars?” The golf carts we use at practice? Are those used at practice?” When he was informed the team had 10 buses at their disposal, he asked, “Then how will the band get there?” And can I fly to the bus stop?”

He was informed the buses would pick them up at the stadium, and he grinned, awash with new ideas, and promptly smoked a big old cigar out of a red solo cup.

Now, onto some picks. We will jet right into them, Dave Doeren style.

The Gamecocks were ready to fire Mayo Boy after the loss to Georgia, but The Clapper is back in their good graces after a win over Charlotte’s Web. This week, the Gamecocks get SC State, from down the road in Orangeburg, and we’ve heard that Bulldog head coach Buddy Pough has agreed to take buses to Columbia (but only if the doors are locked). Another easy win for the Gamecocks. MAYO BOY 45, BULLDOGS 10

This is a must-win if Wake wants to stay in the ACC Atlantic race. FSU is playing well under Mike Norvell, but this one will see a lot of points scored. Think last week with Clemson and Wake. The white kid will ride the horse out and throw his flaming spear, and the fans will go crazy, and the one guy will read his book during the first quarter, and then both teams will score and score and score. FSU 45, WAKE 42

The last time Nick Saban took his team out on the road, they were almost upset by a mediocre bunch of cows manned by a backup quarterback. This one won’t be any easier because this Arkansas team needs a win after a gut-punch last week in Aggieland. The bad news? Bama can stop the run, and that is what Arkansas does best. It will be close for three quarters, but the elephants stomp the pigs in the pigs’ own mudhole. ALABAMA 34, PIGS 21

This just in. The Heels are good on offense, but they are absolutely horrible on defense. The wine and cheese crowd up there loves it because it reminds them of basketball. The Hokies will come down out of the mountains in their moonshine trucks, complete with keys and turkey legs, and descend on that sweater-wearing bunch of yuppies with bad intentions. But the hill folk just aren’t good enough on both sides of the ball to score enough to stay with the Muffy and Devin. UNC 37, HILL FOLK 24

This is one of the most interesting games of the day. The horse people from Kentucky travel down to take on a feisty bunch of Confederates who have set up camp in a grove of trees, where they get drunk and tell Archie Manning stories until midway through the second quarter. The Wildcats have a big-time QB prospect in Will Levis, but this week they get running back Chris Rodriguez back on the field after he missed a month in a Jamaican prison. This one will be entertaining from start to finish, and Lane Kiffin’s group will throw their share of haymakers in between sips of Hotty Toddy. But Kentucky, they have the horses to pull this one out. KENTUCKY 38, OLE MISS 31

The red solo cups will somehow find an Uber to Clemson, and they have the confidence they can pull this one out, especially if they can knock out Wayne Gallman again (Doeren was proud of that one). But this is Clemson. It’s Death Valley. And Clemson is used to top-ten matchups, while NC State is used to making puppy fingers and wondering what UNC is doing in basketball. There is also the matter of payback. A lot of people think it’s low-scoring and close. They’re wrong. Solo cup jet boy won’t know what hit him between his narrow, beady eyes. He can smoke a cigar on the BUS ride home for consolation. CLEMSON 34, SOLO CUPS 17

Throwback Thursday: Clemson defeats ND with a goalline stand in the rainstorm