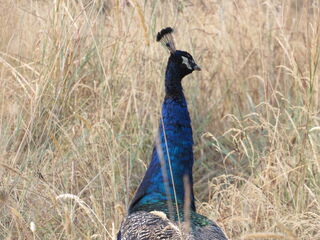 It may seem obvious to anyone who has a pet cat or dog that they are dreaming when they sleep. Cats and dogs have sleep cycles much like ours, with alternating periods of slow-wave sleep and paradoxical sleep, also known as “rapid eye movement” (REM) sleep. Just like humans when we slumber, during REM sleep their breathing gets faster, their muscles twitch, they make strange little growls and whimpers, and their eyes dart back and forth beneath closed lids. If we wake a person out of paradoxical sleep, it’s very likely they will have a dream to report. If we wake a cat or dog out of paradoxical sleep, they cannot directly describe their dream to us, but we can reasonably assume they were dreaming, right?

No, we cannot make that assumption, according to mainstream Western researchers through most of the 20th century. On the contrary, we should make no assumptions at all about the mental life of animals, awake or asleep. From this perspective, the question of animals dreaming is impossible to answer scientifically. We should focus only on what we can see and measure, and disregard everything else.

Despite that widespread bias against animal dreaming, research on the sleep behaviors of various animals has continued over the years. And by now, enough actual empirical evidence has finally accumulated to push back against the anti-animal dreaming assumption. This is the aim of David M. Pena-Guzman’s excellent new book When Animals Dream: The Hidden World of Animal Consciousness (2022). As he lays out the history of Western research on animal dreams, Pena-Guzman finds that many psychologists in the 1800s recognized that animals have mental lives much like ours, and they are likely to dream in their own species-appropriate ways. But with the rise of behaviorism in 20th-century psychology, interest in the dreams of humans, let alone animals, became problematic because they were not external behaviors that could be objectively measured and analyzed. According to Pena-Guzman, the time has come to revive the earlier psychological tradition that appreciated the importance of what he calls “phenomenal consciousness,” a basic awareness of one’s own bodily feelings, which may exist in a creature apart from other cognitive functions or communicative abilities. Mammals, birds, and many other species have clear signs of phenomenal consciousness in this sense. If dreaming is an experience of phenomenal consciousness, which it certainly seems to be with humans, then all the animals who have the capacity to experience phenomenal consciousness also have the capacity, at least potentially, to dream.

Here’s my favorite example from Pena-Guzman’s book, one that begins to overcome the communication barrier: Chimpanzees trained in American Sign Language (ASL) have been observed during sleep making hand gestures that, were they made in waking, would be understood as authentic signs . Among them were the signs for “coffee,” “good,” and “more.”

Why does it matter whether or not animals dream? For those who study dreams, the fact of widespread dreaming in the animal kingdom puts more emphasis on developing models of dreaming that have a broad evolutionary foundation. Any truly scientific dream theory from now on must be a theory of multi-species dreaming, not just human dreaming.

Perhaps more significantly, the fact that animals dream is a vivid reminder of their existence as living, conscious, feeling, dreaming creatures just like us. As documented by Pena-Guzman, research findings in this area are contributing to efforts to highlight the ethical status of non-human animals as sentient beings with a legitimate stake in many of the decisions we make about the environment, around such issues as ecological health. , wildlife protection, farming practices, and habitat restoration. In this way, the dreams of animals help us become more aware of our connections with all the dreamers and all the forms of life on this wonderful, dynamic, fragile planet.