NEW YORK — Actors Rooney and Kate Mara, Sarah Silverman, Ricky Gervais, and other celebrities join the Animal Legal Defense Fund in an open letter calling upon the New York City Council to ban horse-drawn carriages in the city. Momentum continues to mount for a legislative remedy following a viral video of an elderly 28 to 30-year-old horse named Ryder collapsing on a New York City street during the heat of summer on August 10, 2022. A poll conducted by John Zogby Strategies , and released by Voters for Animal Rights, after the incident found 71 percent of New York City voters are in favor of a ban proposed by over a dozen City Council members.

The letter notes, “The now-viral video of Ryder on a New York City street is heartbreaking, infuriating, and disturbing. Ryder, an elderly, emaciated horse, collapsed on 9th Avenue while pulling a carriage. The world bore witness as the carriage driver tried to force Ryder to his feet, while he could barely lift his head. The video is hard to watch for good reason — this is not the way animals should be treated.” 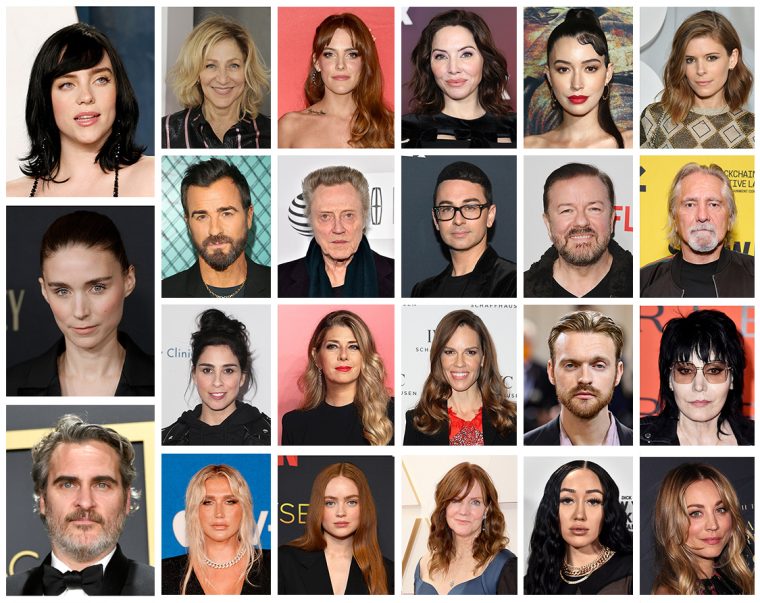 “Ryder’s suffering is impossible to deny. His condition of emaciation, dehydration, and sheer exhaustion were not the result of a day, a week, or a month of ill treatment but rather a prolonged period of neglect, forced to pull carts on crowded city streets,” says Animal Legal Defense Fund. Executive Director Stephen Wells. “We have reached a tipping point and it is time for the New York City Council to carry out the will of the voters and institute a ban.”

“I appreciate all of the concerned advocates, celebrities and non-celebrities alike, who are speaking up in favor of my bill to transition to clean, humane, horseless carriages and give carriage drivers better paying jobs,” says Councilman Robert Holden. “These abused horses can’t speak for themselves, so we are their voice. New York City has always been at the forefront of innovation and culture, but we are lagging behind when it comes to these poor horses. It’s time for us to be a model for other cities to follow. Intro 573 will be passed, with the help of animal lovers around the world.”

The legislative proposal is the latest attempt to offer some relief to horses forced to work in the carriage industry following the Carriage Horse Heat Relief Bill that passed in 2019. Despite attempts to strengthen protections for horses working under dangerous conditions presented by traffic and weather, regulation is not enough to compel standards of care and protect them from being forced to work in the terrible conditions they continue to endure.

The letter continues, “Ryder is an individual, but his situation is not unique. Media stories, smartphones, and police reports have documented traumatized horses running through traffic and other carriage-related incidents too numerous to count, spanning decades. Tragic outcomes for horses haunt New York City’s history, as well as other cities across the country. Horses, carriage passengers, pedestrians, cyclists, and others are put at risk by this cruel and reckless industry. We say: No more.”