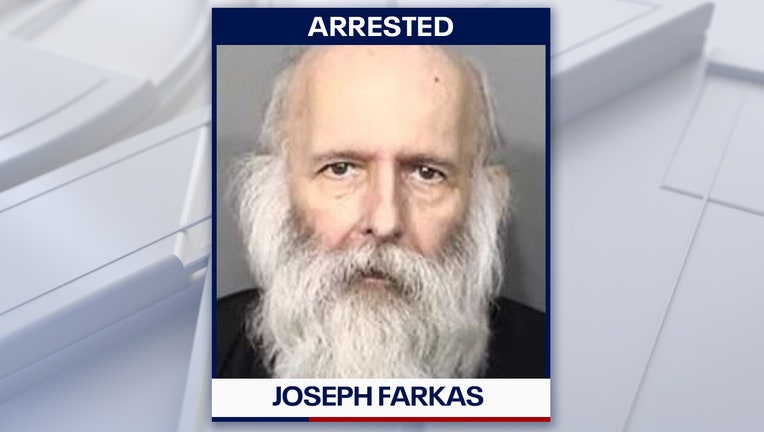 Joseph Farkas is accused of starving two dogs to the brink of death. Mugshot is courtesy of the Brevard County Sheriff’s Office.

MELBOURNE, Fla. – The Brevard County Sheriff said he would like to put a man under the jail instead of inside it after deputies discovered two emaciated dogs lying paralyzed next to a bag of unopened dog food inside the man’s home.

Sheriff Wayne Ivey says investigators went to Joseph Farkas’ home at the beginning of September after a concerned citizen called because they were worried about his dogs, Katie and Darcy.

According to deputies, the dogs were emaciated and in a state of paralysis when they arrived.

Ivey said investigators had to carry the dogs out of the house for emergency intervention and medical treatment.

“Their conditions were so horrific that Katie had been paralyzed on the floor of the residence for several days and was lying in puddles of her own urine. If that wasn’t bad enough, our team determined that Katie had suffered from urine scalding from laying in her own urine and not be able to escape to safety or even change her position.”

Ivey said Darcy was in worse shape. She was suffering from a skin condition and total emaciation.

“Darcy was actually suffering paralysis due to Farkas’ intentional neglect and lack of compassion…Essentially, Darcy’s organs were shutting down. Her heart was unable to circulate blood and she was just days from death when another human showed up. This was all medically determined to be caused by severe starvation. 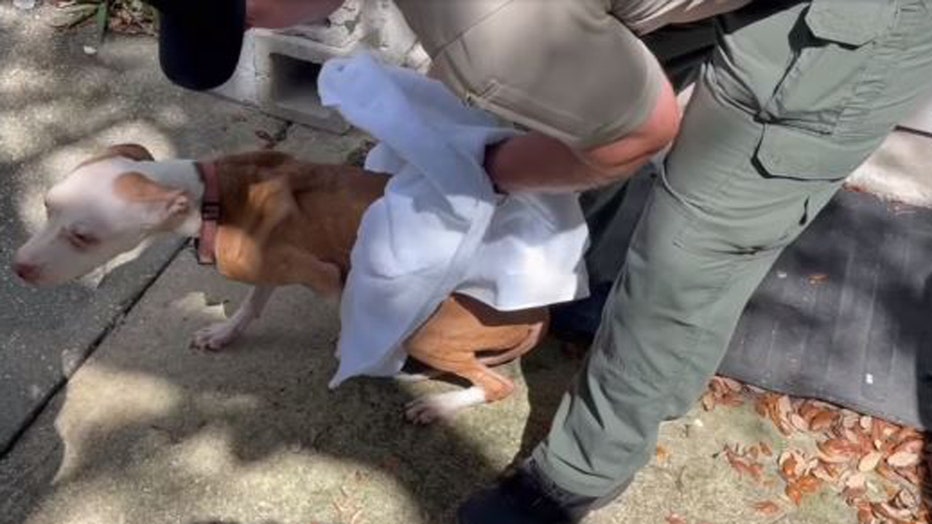 Ivey said a sealed bag of dog food laid against the wall, directly in view of the dogs. According to investigators it had been there for about a month.

“What kind of sick, demented, cruel person does that to a helpless animal? Our vets believe the unopened bag of dog food being in immediate view of Katie and Darcy actually inflicted further suffering of mental anguish and torment in addition to the physical suffering they were already experiencing,” Ivey stated.

“There’s no question Farkas was intentionally starving these pups to death and he showed no remorse as he told investigators that he didn’t think his dogs needed any help.” 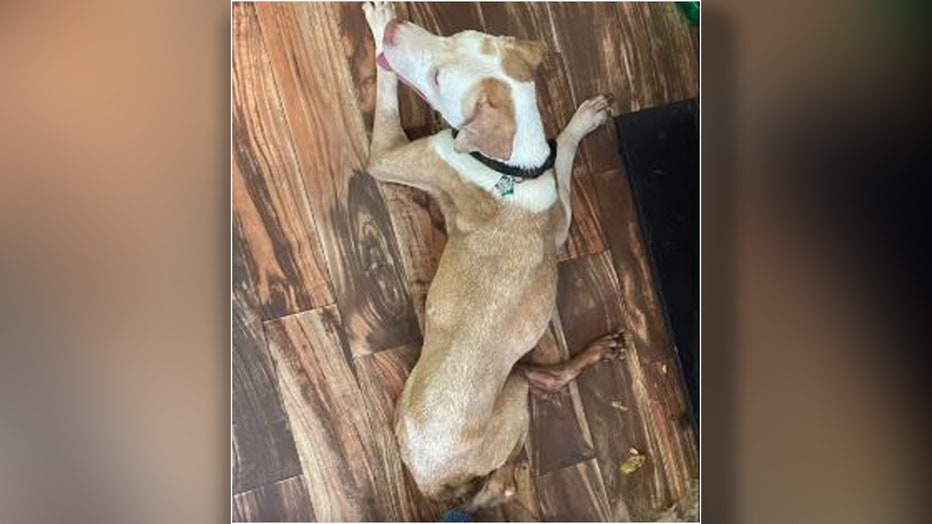 One of the rescued dogs has been adopted and the other should be up for adoption soon.

Ivey said when deputies returned to the house to arrest Farkas, he refused to open the door and drank liquid detergent to avoid going to jail because he knew he would need medical attention.

“Our team kicked in your door long before you could drink enough detergent to harm yourself, so you went to jail…Trust me, you deserve to be under the jail, but since the law only allows me to put you in it, that will have to do.”

Ivey says Katie and Darcy are recovering and they are walking, running and playing.

He says Darcy has been adopted and Katie should be up for adoption soon.